Why We Support Women Environmental Leaders of Color 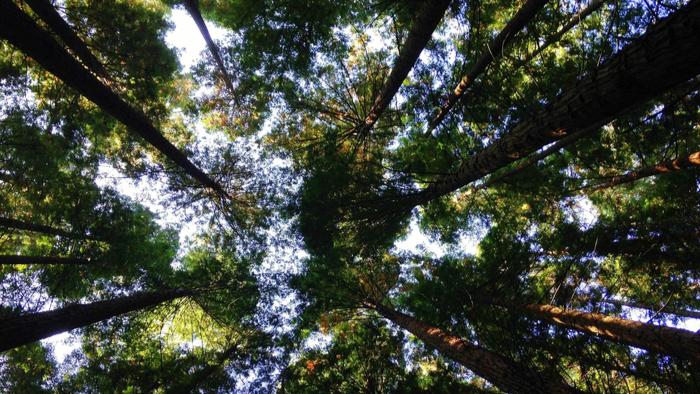 Women (and girls) have been at the forefront of the environmental movement, galvanizing communities to respond to climate change, adopting socially responsible practices in philanthropy, and fighting for pro-environment legislation. Rachel’s Network was founded in 2000 with a mission to promote impassioned women fighting for our planet.

Over the years, we have seen growing attention to women’s leadership. However, attention is seldom given to women of color. That’s why we created the Rachel’s Network Catalyst Award. Our award provides mid-career women of color with a $10,000 prize; networking opportunities; and national recognition within the environmental, philanthropic, and women’s leadership communities. We want to celebrate these women for building a healthier, safer, and more just world for us all.

We began developing the program framework years ago, on the heels of a report from Green 2.0 on the lack of diversity in the mainstream environmental movement. As a community of funders, we wanted to invest in an initiative that addressed this challenge, while staying true to our mission.

So, after conducting our own research, we decided to narrow our focus to mid-career women of color, who are overwhelmingly and systematically ignored and excluded. We heard stories of women overlooked for promotions, hitting a “green ceiling.” Many had their work not considered “environmental.” Many left the environmental movement entirely.

We also saw an abundance of terrific fellowships for people of color, many of which were aimed at those in the beginning of their careers. For this reason, we decided to create a program with recognition at its core; women of color are already giving so much to protect our planet and we did not want more work for them; we just wanted them and their great ideas to be seen and valued.

We began accepting applications in February 2019 and reviewed over 200 from 34 states. The application process allowed us to see the incredible amount and range of work that women of color are doing for environment and healthy communities. Overwhelmed by the depth of knowledge, creativity, and commitment we saw, we undertook the difficult task of choosing just six winners.

Below is a summary of our inaugural awardees. Please join us in sharing our gratitude for all they have done for our planet and communities.

As associate director of the New York City Environmental Justice Alliance and member of the NY Renews coalition, Annel was one of the key players in the passage of New York’s ambitious new climate law passed in July 2019, the Climate Leadership and Community Protection Act.

Maria has devoted her career to addressing drinking water challenges in disadvantaged and rural farmworker communities. As the manager of community engagement and planning at Self-Help Enterprises, she and her team pioneered the Rural Communities Water Managers Leadership Institute, a program that helps communities in the San Joaquin Valley engage with and influence regional water planning and sustainability programs. She is now Central Valley deputy regional director of external affairs for the state of California.

Tara (Couchiching First Nation Anishinaabe) is founder of Giniw Collective and Not Your Mascots. She is an attorney and former national campaigns director of Honor the Earth, and spent six months living and working in North Dakota fighting the Dakota Access Pipeline.

Brionté is executive director of Georgia Conservation Voters, where she works to elect pro-environment candidates and hold elected officials accountable. In 2014, she led the Georgia Sierra Club’s involvement in the successful effort to expand transit service to underserved communities in Metro-Atlanta.

Juliana is policy director at the Little Village Environmental Justice Organization (LVEJO) where she analyzes, researches, and advocates for environmental justice in local, state, and federal policy. She was a lead negotiator for low-income programs in Illinois’ Future Energy Jobs Act.

Heather is the national field director for Moms Clean Air Force, an organization of over one million moms and dads committed to fighting air pollution and climate change. Among her accomplishments, Heather developed a program to engage the African American faith-based community on environmental health, and one to connect mothers with mayors on climate solutions.

We will be opening applications for our 2020 award soon, so please visit our website or email us at catalyst@rachelsnetwork.org to share the program with potential candidates, nominate someone, or contribute. If you are a woman funder looking to belong to an impassioned group of changemakers, please consider joining Rachel’s Network here.

By Ariana Carella, Network Engagement Director, Rachel’s Network, a community of women at the intersection of environmental advocacy, philanthropy, and leadership.

Learning and benchmarking are key steps towards becoming an impact giver. If you are interested in giving with impact on Gender Equity take a look at these selections from Giving Compass.