Women’s Month in South Africa: Breaking Down Barriers for Girls in Science 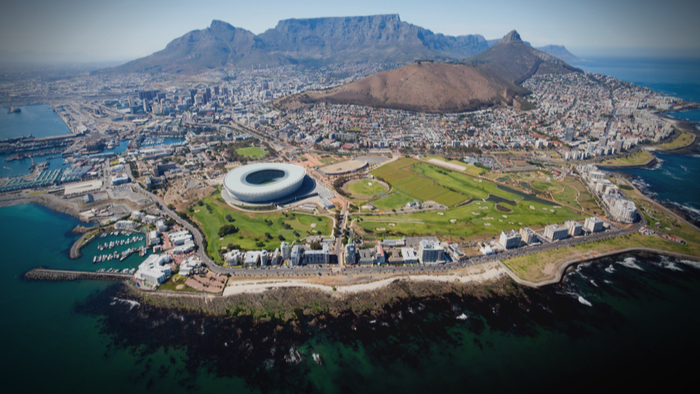 • In honor of Women’s Month in South Africa, Global Citizen is highlighting the work of Senamile Masango, a South African nuclear physicist and an esteemed researcher and scholar who is paving the way for girls in science.

• Why is it important to spotlight female leaders in science? How does this increase female interest in STEM?

• Read about the facts and figures of advancing women and girls in science.

Senamile Masango’s destiny was sealed on the day that her high school geography teacher, Mr. Ziqubu, told his students about astronauts.

“I was so fascinated to learn that there are people who travel to space — leave this dimension — and go to the moon,” she tells Global Citizen. “That’s when I fell in love with science.”

Ever since then, her life has been an expression of this love. As a kid who only had school and her books to lavish this love on her favourite subject, she became a dedicated student and excelled academically. She is now 33, and her love for science is as strong as ever.

She’s a nuclear physicist and an esteemed researcher and scholar presenting her work on some of the biggest science stages in the world, looked up to by hundreds of girls she mentors through her foundation, and praised and honoured by the likes of South Africa’s President Cyril Ramaphosa.

August is Women’s Month in South Africa — a celebration of the role of that South African women played in the country’s fight against apartheid, as well as the strides that they continue making today.

Because she had “always wanted to make history”, she set her sights on being the first African person and first woman in Africa to travel to space.

“I was so hurt when Mark Shuttleworth beat me to becoming the first African to make it to space,” she added. “Hopefully, I’ll meet him and be able to tell him in person.”

Shuttleworth, a tech entrepreneur, became the first “afronaut” to travel to space in 2012. He was also only the second space tourist in history.

If you are looking for opportunities to learn and connect with others interested in the topic of Science, take a look at these events, galas, conferences and volunteering opportunities aggregated by Giving Compass.

If you are ready to take action and invest in causes for Science, check out these Giving Funds, Charitable Organizations and Projects related to Science.