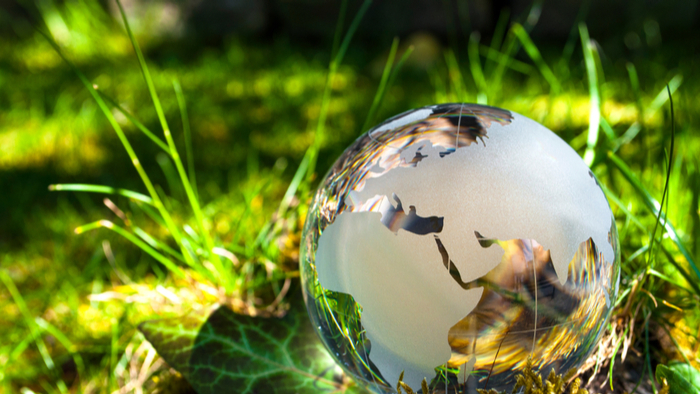 This climate change glossary explains ten key terms and definitions you need to know to be prepared to advocate on behalf of the planet. Get started by learning the difference between climate change, global warming, and more.

1. Carbon Footprint
More complicated than it may sound, a carbon footprint is the amount of carbon that an organization or person produces in any given time.

2. Climate Change and Global Warming
Although these two terms may seem interchangeable, they aren’t truly identical. Global warming refers to the overall increase in worldwide temperatures caused by rising greenhouse emissions. Climate change, on the other hand, is a broader term that encompasses the many long-term changes our planet is experiencing. This includes rising sea levels, melting sea ice, and increasingly severe storms.

3. Environmental Justice
The most vulnerable populations—men, women, and children living in rural areas of developing countries—are often hardest hit by climate change. True environmental justice meaningfully includes all people in the development and enforcement of environmental policies, regardless of the person’s race, color, national origin, or income.

4. Food Security
Food security is reached when all people in a given area have physical and economic access to sufficient nutrients at all times. Weather conditions worsened by climate change, such as rising sea levels and drought, are leading to a lack of food security in developing areas across the globe.

5. Methane
Carbon dioxide may get most of the blame for global warming, but methane actually absorbs 84 times more heat than its well-known counterpart. With about 60% of methane emissions caused by human activity, curbing production of this powerful greenhouse gas is at the forefront of climate preservation strategies.

6. Mitigation
Any actions taken to reduce greenhouse gas emissions are considered mitigation. That includes legislation promoting conservation, investments in clean technology, or even planting a tree in your own backyard! In order to create an environmentally sustainable society, individuals, governments, and corporations around the world will need to commit to mitigating their contributions to global climate change.

7. Tipping Point
Synonymous with “threshold,” this term refers to the point at which a change in climate is significant enough to trigger a significant environmental event which may not be reversible. Present-day examples include coral bleaching and melting polar ice caps.

8. Traditional Knowledge
Often referred to as local or indigenous knowledge. This term refers to Indigenous peoples’ systems of observing, recording, communicating, and preserving the environment around them. These systems have taken generations to develop, and are crucial in maintaining the wellbeing of the most fragile ecosystems around the world. The best way to protect this form of environmental conservation is to support local leaders who know their ecosystems better than anyone!

9. UNFCCC
Created in 1992, the United Nations Framework Convention on Climate Change is an environmental treaty which forms the basis for global policy addressing the climate crisis. Its ultimate goal is to prevent human interference from reaching a critical level by mitigating greenhouse gas emissions. In 2015, the UNFCCC made a groundbreaking step towards environmental justice by signing the Paris Agreement, which united nations around the world under the cause of the global climate effort.

10. Weather and Climate
With all this global warming, winter should be disappearing—right? Well, not quite. The climate is warming gradually, but that doesn’t only mean hotter days. Weather refers to short-term atmospheric conditions including temperature, precipitation, and wind speeds. Climate indicates long-term trends, usually measured over the course of 30 years or more. Global climate change will impact Earth’s weather patterns in a variety of ways, many of which we can’t accurately predict.

Read the full article about 10 climate change terms to know by Nicole Gieselman at Global Giving.