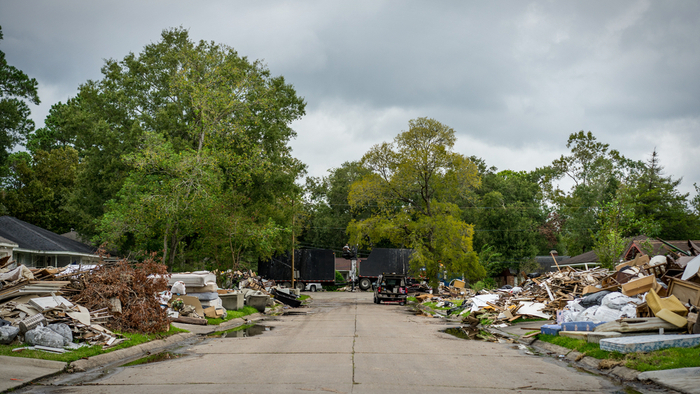 Disasters and humanitarian crises affected millions of people globally in 2017. Donors responded generously to these disasters: How were their dollars allocated?

The Center for Disaster Philanthropy is proud to partner with Candid (formerly Foundation Center and GuideStar), the leading source of information about philanthropy worldwide, to present this interactive dashboard, which provides an analysis of disaster-related funding by foundations, governments, corporations, and individuals. The data presented here illuminate funding trends, expose imbalances in where and when contributions are made, and can help donors make more strategic decisions about their investments in the full life cycle of disasters, including preparedness and recovery efforts.

Data include all grants of $10,000 or more reported by 1,000 of the largest U.S. foundations. The dataset accounts for approximately half of the total grant dollars awarded by the universe of independent, corporate, community, and grantmaking operating foundations. The data do not include gifts by corporate giving programs or public charities. The data also exclude grants, fellowships, or awards directly to individuals; grants paid by private foundations to U.S. community foundations (to avoid double-counting of dollars); and loans or program-related investments.

Funding by region includes double-counting of grants that benefited multiple regions. Some funding is not directed for a specific region but rather provides a global benefit; these grants are not reflected in the regional graphic.

Over a third of private giving is done in less than the first four weeks of a sudden disaster…and two-thirds within two months. This giving stops almost completely after five or six months.

Philanthropy Research is a complex topic, and others found these selections from the Impact Giving archive from Giving Compass to be good resources.

If you are interested in Disaster Relief, please see these relevant Issue Funds, Charitable Organizations or Projects where you can get involved.