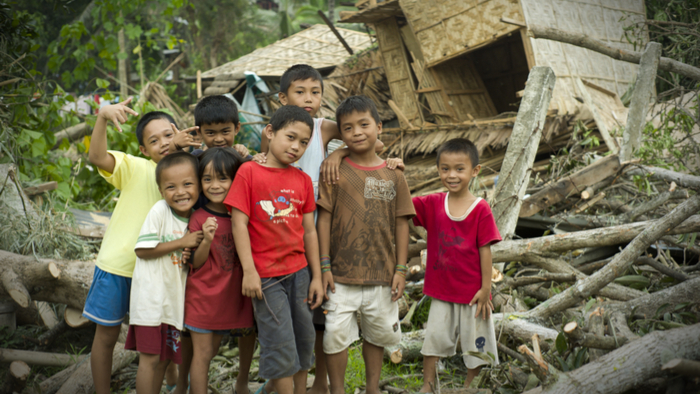 By National Center for Disaster Preparedness

In 2010 our center, the National Center for Disaster Preparedness at Columbia University’s Earth Institute, published findings based on research conducted in the aftermath of Hurricane Katrina describing children as the “bellwethers” of disaster recovery. To put it simply, if one wants to know how a community is doing after a disaster, look to the children. If they are doing OK, then the community is probably doing OK.

Children are dependent on many inter-related community factors that may influence their ability to bounce back after a disaster. Such factors include the conditions of schools, daycares, healthcare providers, and household and neighborhood environments. If one factor is falling short in supporting a child’s needs, it can affect their entire circle of security. This is because children are not fully capable of mobilizing resources and independently adapting to a post-disaster environment. They rely on the whole community to do this.

Despite being fully aware of this effect, we continue to be woefully underprepared at all levels to meet the needs of children in a disaster. A survey we conducted of attitudes and opinions on preparedness found that nearly two-thirds (65%) of households do not have adequate plans for a disaster, or have no plans at all.

Over a third (35%) of households are not familiar with their schools evacuation plans, and despite many high profile disasters, most Americans (51%) believe that help will arrive in under an hour in the event of a major disaster. Additionally, over 40% believe schools will resume within a week of a major disaster.

The Save the Children 2015 Disaster Report Card highlights that at a national level, 79% of the recommendations by the National Commission on Children and Disasters remain unfulfilled 5 years after its report to the President. It further finds that of every $10 spent in federal emergency preparedness grants, less than $.01 is spent on activities targeting children’s safety. At the state level, the report notes that 18 states and the District of Columbia lack minimum emergency planning standards for schools and childcare.

Read the full article about the importance of resilient children in disasters by Jeff Schlegelmilch, Deputy Director at the National Center for Disaster Preparedness.

If you are looking for more articles and resources for Disaster Relief, take a look at these Giving Compass selections related to impact giving and Disaster Relief.