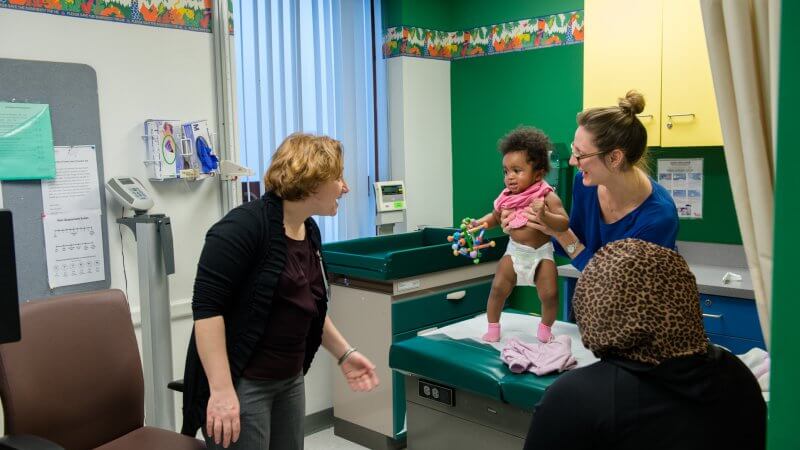 It’s been an exciting year since we announced publicly last January the launch of Blue Meridian Partners. Most notably, we have been joined by two new General Partners and approved investments in six grantees.

DUE DILIGENCE
Many people have asked me how Blue Meridian discovers and vets new grantees for investment. Those familiar with the Edna McConnell Clark Foundation (EMCF) know we don’t accept proposals.

Rather, we canvass the country and subject the most promising programs we find to thorough due diligence. That’s what Blue Meridian Partners has been doing for the past year and will continue to do, adapting and expanding the process EMCF has refined for more than a decade and a half.

It is our hope that making available unprecedented amounts of capital to propel evidence-based programs to scale will free nonprofits and their leaders to stretch their imagination and ambitions about what they can accomplish to “move the needle” nationally on pressing social problems.

Blue Meridian Partners invites organizations (through our online survey form) to share their vision of how a major investment could help them not just to grow incrementally but also to achieve a level of national impact and influence. We carefully review every survey submission to augment our ongoing active research.

Unfortunately, as one might expect, only a small percentage of the many organizations doing excellent work proceed into due diligence. Expanding EMCF’s focus on an organization’s leadership, proven track record and rigorous evidence, Blue Meridian’s due diligence also includes a careful review of the viability of its vision for national impact, and the policy and financial requirements to carry out and sustain this vision at full scale.

SCALING PLANS
On completion of due diligence, our Partners decide whether to move forward with an investment. To date we have approved proceeding with six nonprofits.

Generally, Blue Meridian Partners’ initial grants support planning and development: the advance preparation we believe is often necessary before an organization is ready to absorb and take advantage of large infusions of capital. Central to this phase is helping the grantee formulate what we call a Scaling Plan, which maps out in detail how it proposes to achieve its vision for national impact and can extend over more than a decade.

These Scaling Plans are similar to business plans in the for-profit sector. They spell out the nonprofit’s growth strategy and business model, include pilots to test its programs further, fill critical organizational needs, and calculate the growth capital that executing the plan will require.

Scaling Plans also outline the advocacy work an organization will have to undertake, and the partnerships with other organizations and entities, private and public, it will have to make in order to change practices, policies and entire systems.

An essential element of each Scaling Plan are the performance metrics the organization and its leadership, including its board, have set for themselves and will hold themselves accountable for meeting. These milestones include not only growth in the numbers of youth served and revenue raised, but other measures of progress and impact such as program improvements and outcomes, evaluation findings, and policy successes.

OUR FIRST LARGE-SCALE INVESTMENTS
Blue Meridian Partners decides, collectively, whether to commit to a major, multi-year and multi-million dollar investment on the basis of a finished Scaling Plan. As I’ve described elsewhere, the capital we provide is long-term and flexible because we recognize real social change doesn’t happen overnight. It requires investing in infrastructure, evaluation and many other things in addition to direct services.

Our investments are structured in multi-year tranches that align with the different phases of a grantee’s Scaling Plan – points at which the grantee and Blue Meridian Partners can assess progress toward the plan’s goals and adjust the plan and/or the investment accordingly.

Nonprofit Sector is a fascinating topic, and others found these events, galas, conferences and volunteering opportunities aggregated by Giving Compass to be relevant for individuals with a passion for Nonprofit Sector.

In addition to learning and connecting with others, taking action is a key step towards becoming an impact giver. If you are interested in giving with impact for Nonprofit Sector take a look at these Giving Funds, Charitable Organizations or Projects.