Feedback Is Having a Moment: Philanthropy Can Make It Permanent 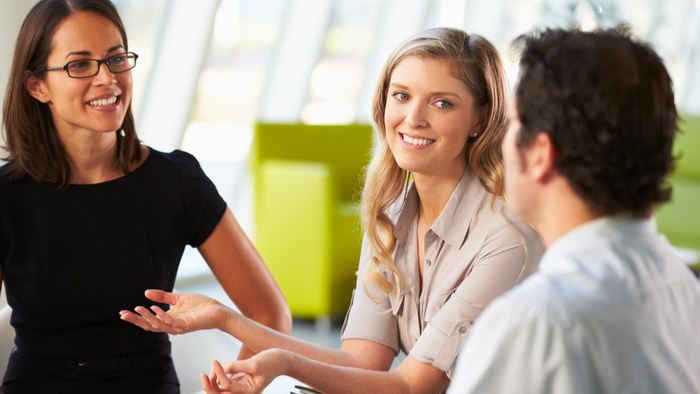 In the darkest days of apartheid South Africa in the mid 1970s, an activist parish priest named Desmond Tutu came to the Ford Foundation and made an extraordinary argument. He saw a real risk that by the time South Africans overthrew apartheid, they would no longer value any rule of law because of the way unjust laws had affected them.

Tutu asked the Ford Foundation to provide funding for a new generation of human rights lawyers who would challenge apartheid laws in the courts, just as liberation struggle leaders Nelson Mandela and Oliver Tambo had done in the 1950s. He said it did not matter that every case would fail in the courts. It was critical that lawyers stood up in court and used arguments of law to delegitimize these unjust laws. He said the most important audience for these legal arguments was the general population, that it was a vital input into the popular narratives swirling through black South Africa about a future post-apartheid democratic country.

The Ford Foundation responded, and over the next decade there arose a vibrant and effective set of human rights law firms and related nonprofit organizations, including the South African Council of Churches, which Tutu came to head in 1978. This philanthropically funded wave of human rights defenders so successfully buttressed the value of the rule of law that when South Africa wrote a new constitution in the lead up to the first democratic election in 1994, it went further in protecting fundamental human rights than any preceding constitution.

I share this story because there is something of a “Tutu Moment” happening in American philanthropy. For a few years (I’m embarrassed to say just how many!), a posse of us have been making the argument that that the best real-time measures by which to shape and advance social impact are those derived from feedback loops that start with the people meant to benefit from an organization’s work.

Our argument is gaining ground. In addition to recently launching our first set of feedback principles for social impact, Charity Navigator and the charity information platform Candid will publish charities’ reflections on their feedback practices in the run up to Giving Tuesday 2019. This builds on the recognition last year of the importance of feedback by another lighthouse in our sector, The Leap of Reason Ambassadors Community, who issued a 2.0 version of its seven pillars of high performance to highlight the importance of feedback loops.

A South African judge once instructed me that he could only render more human rights friendly judgements once lawyers made the argument into the record.

Philanthropists can be like those pioneering South African human rights lawyers. As more of us ask nonprofits about their feedback practices, the more we bring value to the people who are meant to benefit. In my first blog post in this series, I recommended funders ask two questions of their grantees and prospective grantees. I can’t improve on them, so I repeat them here.

Question 1: How do you know how people experience you?
Any answer that does not describe some continuous, light-touch process of listening is highly suspect because research-heavy approaches by nonprofits just don’t lead to action. Research is just too easy to ignore in the face of more compelling calls for management attention – like those from funders.

Question 2: What are three things that you have changed based on feedback from those you seek to help?
This is the acid test. The problems nonprofits are tackling are complex, shape-shifting demons that would have been solved by now were they not so tough. The best organizations – the ones you want to support – are constantly adjusting to the best evidence they can muster. Feedback from beneficiaries is just about the best evidence that they can readily get; effective organizations use it to take corrective actions. And after they make a change, they go back and ask again, “We made this change. What do you think?”

With thanks to the feedback community so ably supported by Feedback Labs, I commend the constituent feedback principles to you. With your help, we will make them the new norm.

The Core Principles of Constituent Feedback

The Why of Constituent Feedback

1. It supports human agency.
People are the experts in their own lives but they are rarely treated as experts. Feedback practice recognizes the agency that people possess and provides a way to express it.

2. It cultivates power in people.
Funders and providers who systematically listen and respond to feedback cultivate power in the people they seek to serve.

3. It enhances learning and effectiveness.
Listening to and acting on feedback as part of the normal course of operations creates a culture of responsiveness and learning that make interventions more adaptive and effective.

The How of Constituent Feedback

4. It’s conversational.
Gather feedback from deliberate, compassionate and safe conversations with people, not from data about them.

5. It’s inclusive and insight driven.
Share and interpret feedback in a timely manner with people receiving services in order to generate mutual understanding, insights, and solutions.

6. It’s responsive and continuous.
Act on feedback to improve the experiences of people receiving services. Measure improvement by continuously asking for more feedback.

8. It’s free of harm.
Gather and use feedback in ways that does not harm those who offer their perspectives (e.g., physically, emotionally, economically, or in any other way).

Human Rights is a fascinating topic, and others found these events, galas, conferences and volunteering opportunities aggregated by Giving Compass to be relevant for individuals with a passion for Human Rights.

If you are looking for opportunities to take action and give money to Human Rights, here are some Giving Funds, Charitable Organizations and Projects aggregated by Giving Compass where you can take immediate action.