One Month in Zimbabwe: What I Learned About Impact 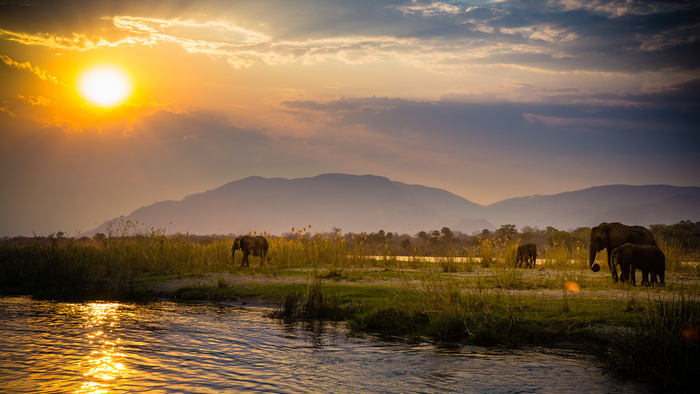 The stories and advice are based on a 40-year journey of mutuality craft.

A mother in India was at her wit’s end. She could not convince her boy to stop eating sugar so she took him on a four-hour bus ride to Gandhi’s ashram. Gandhi met with them and asked them to return in two weeks. They did, and Gandhi instructed the boy as the mother had wished. The mother asked why he had not instructed her son on their first visit. Gandhi apologized for the inconvenience and explained that he had to stop eating sugar himself first.

The principles that underly this story apply to philanthropy, as I learned while providing support to a “community-based wildlife management program” in Zimbabwe in the 1980s.

At the time, a group of Zimbabwe government wildlife officials working together with nongovernmental conservation groups had established a set of legal arrangements that allocated the lion’s share (forgive the pun) of the income derived from wildlife tourism to the local communities that bore the main costs (as well as the wonders) of living amidst abundant wildlife. These communities were a buffer zone between the expanding cattle-based rural economy and some of the world’s last great African wilderness areas. The only thing that had prevented local communities from taking up cattle farming was tsetse fly, which did not affect wild game but devastated domestic cattle.

The strategy was to fend off politically popular tsetse eradication efforts by creating a vibrant alternative local economy based on safari tourism and big game hunting. The program had three parts. First, a portion of government tourism-related fees went directly to the communities to spend as they chose. Similarly, tourism and hunting concessions paid license fees directly to local communities. Second, the NGOs provided training to local villagers so that they could win the various jobs arising around the tourism, from camp construction, maintenance, and hospitality to scouting and guiding. Third, a compensation scheme was put in place for loss of crops or damage to farms from wildlife, and even injury and loss of life.

I liked the idea, but I worried about the complexity. And the politics were against it. Would it not be better to formally set aside and protect wildlife areas? I could not think of a single human society that had worked out a peaceful coexistence with the likes of lion, elephant, buffalo, and hippo.

The team behind the work had achieved a great deal, so I accepted an invitation to immerse myself in the program for a month. They argued that a “drive-by” visit would neither confirm nor refute my concerns. Since my proposed base for the immersion was a remote safari lodge on the Zambezi River, I did not need much convincing.

The team behind the work was right. There is a world of difference between reading statistics about crop compensation and spending a night with the children of a village banging pots and pans to keep the marauding elephants and buffalo at bay. I joined in the work in the fields during the early mornings. In the afternoons, I helped prepare the evening meal. As people got used to me, I grew uncomfortable with my daily return to the safari lodge and accepted an invitation to spend my final week sleeping in the village.

One early morning we got a call that a tourist had shot an elephant about a mile from the village. Within minutes the entire village was mobilized and heading single file into the bush carrying buckets, basins, and an assortment of knives and choppers. Poles of different lengths were used to hold the giant carcass open. The cutters delved like miners at a rock face, ever deeper into the carcass as they harvested the meat and organs inside. It took almost 8 hours and nothing was wasted.

That night every clothesline in the village was strung up and hung with elephant meat. We had the barbecue to end all barbecues. The singing, drumming, and dancing went right through the night.

By the end of my time there, I had direct experience of the formal aspects of the program. I knew a dozen impressive young adults working in the local lodges, and had walked with them the several miles between their villages and the lodges. I had discussed the payment system with the local leaders, and had seen how they planned and executed community upliftment projects. But it was that night of the elephant barbecue that I understood why this program could actually succeed in creating an alternative economic model within Zimbabwe’s larger, more conventional market economy.

A week before the elephant kill, I asked a village elder if he would not rather have cattle like his neighbors. He looked at me intently, and, raising his arm dramatically pointing into the bush, said, “Out there, those are my cattle.” I learned that the local hunting lodge had a license to sell 12 elephant and 36 buffalo trophies a year. The hunting quotas are designed by wildlife experts in consultation with communities, who have a good sense of when the animal populations are straining the boundaries of the wilderness areas. With this kind of steady rhythm through the year, there was a social economy here that fit well with traditional village life and gave the villages living along the wilderness areas a unique status in the wider society. And, let’s face it, a cow can’t compare with an elephant or buffalo when it comes to bragging rights around the drum circle.

We made the grant. Maybe more importantly, because of the experience we had, we became effective mobilizers of support for the program from other funders.

In the Gandhi story, both Gandhi and the young boy benefited from their engagement. So too can philanthropy. My month along the Zambezi taught me that humans and wildlife can co-exist sustainably, that we are a species that can celebrate rather than destroy biodiversity.

I know this with all my senses. The smells of an elephant barbecue. The images of a village working as one to harvest a massive animal, and then festooning their village with its life-giving meat. The sounds of drums and songs raising up to a star-bright sky. The many small acts of kindness and humor of village life. The thrill of fear when elephants crack branches next to the fields in the dark of night, and the relief that floods in, accented with slight embarrassment, as the children lead the rush banging pots to chase off the mammoth beasts. This is the kind of knowing that you need to make an impact with your philanthropy.

If you are looking for opportunities to learn and connect with others interested in the topic of Conservation, take a look at these events, galas, conferences and volunteering opportunities aggregated by Giving Compass.

If you are interested in Conservation, please see these relevant Issue Funds, Charitable Organizations or Projects where you can get involved.