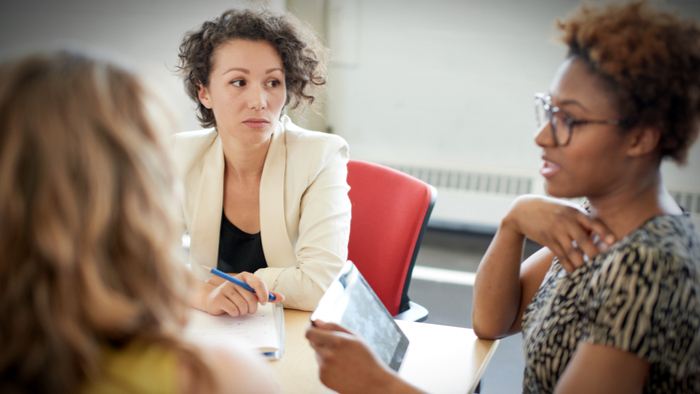 • Research by the AAUW reveals that the gender pay gap exists along gender, race, education, and sexual orientation lines. Education is not sufficient to reduce the gap.

• How can organizations close their own gender pay gap? What cultural pressures keep the pay gap open?

• Learn why men need to be involved in closing the gender pay gap.

In 2015, women working full time in the United States typically were paid just 80 percent of what men were paid, a gap of 20 percent (Proctor et al., 2016). The gap has narrowed since 1960, due largely to women’s progress in education and workforce participation and to men’s wages rising at a slower rate. At the rate of change between 1960 and 2015, women are expected to reach pay equity with men in 2059. But even that slow progress has stalled in recent years. If change continues at the slower rate seen since 2001, women will not reach pay equity with men until 2152. The gender pay gap has lifelong financial effects. For one, it contributes directly to women’s poverty.

The gap of 20 cents on the dollar between men and women working full time, year-round is a statistical fact. The pay gap itself is more complicated than a single number, since it summarizes a huge diversity of women and life circumstances. The origins of the pay gap are also more complicated than a single cause. Women and men have always participated in the workforce in different ways—and have been treated differently by employers— and though those differences have shrunk over time, they still contribute to women being paid less than men.

The pay gap is real. This guide provides the latest evidence about the pay gap as well as ideas for what we can do about it. The good news is that the gap has narrowed considerably in the last hundred years. The bad news is that the gap is still sizable, it’s even worse for women of color, and it doesn’t seem likely to go away on its own.