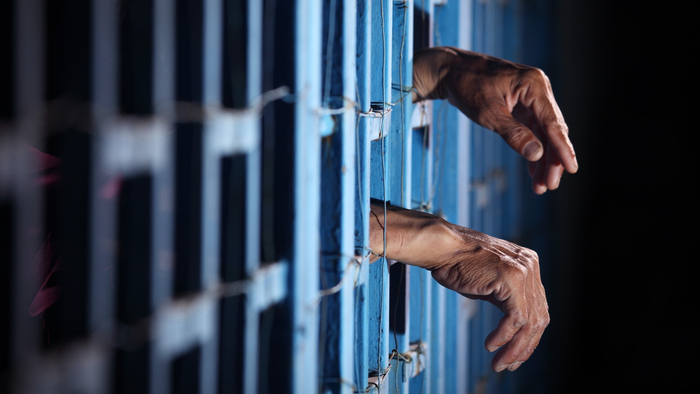 • Léon Digard and Elizabeth Swavola explain that pretrial detention based on inability to pay bail is harmful, discriminatory, and ineffective.

• What are the pretrial detention laws in your area? How can they be improved?

Approximately two-thirds of the more than 740,000 people held in locally run jails across the United States have not been convicted of a crime—they are presumed innocent and simply waiting for their day in court. This “pretrial population” has grown significantly over time—increasing 433 percent between 1970 and 2015, from 82,922 people to 441,790. People held in pretrial detention accounted for an increasing proportion of the total jail population over the same time period: 53 percent in 1970 and 64 percent in 2015.

This growth is in large part due to the increased use of monetary bail. Historically, the purpose of bail was to facilitate the release of people from jail pending trial, with conditions set to ensure their appearance in court. Over time, however, those conditions have shifted away from no requirement that money be paid—or a requirement that money be paid only when people failed to appear in court—to upfront payment of cash bail and bail bonds issued by for-profit companies.

Pretrial detention has far-reaching negative consequences. This brief presents information on the way that pretrial detention is currently used and summarizes research on its impacts. These studies

As the use of financial conditions of pretrial release has increased, many local jurisdictions have failed to put in place measures to ensure that monetary bail does not result in unnecessary pretrial detention simply because people cannot afford it. Such measures include

Without these protective measures, people who cannot afford to post bail—in particular, people from poor communities—remain in jail, often until their cases are resolved, while those who have access to financial resources are able to secure their liberty. Bail practices may perpetuate racial disparities too: a number of studies have found that people of color who are charged with the same offenses and who have similar histories of criminal justice involvement as white people are more likely to be detained pretrial and have bail set in higher amounts.

The evidence linking pretrial detention to harmful consequences for the people held—consequences rooted in economic and racial disparities—demands further research. It also demonstrates the urgent need for alternative approaches. This brief concludes by highlighting strategies that some jurisdictions have employed to reduce the influence of wealth in decisions about whether to release someone pretrial. Efforts such as these hold the potential to minimize pretrial detention and its cascading harmful effects for people and communities.

As court systems increasingly rely on monetary bail to determine whether people will remain in jail or at liberty while their cases are pending, the number of people in jail awaiting trial has grown precipitously, even with crime rates at historic lows. And people who lack the means to post bail—largely those from poor communities and communities of color—have been impacted most profoundly.