Lyda Hill Philanthropies: Where Science is the Answer 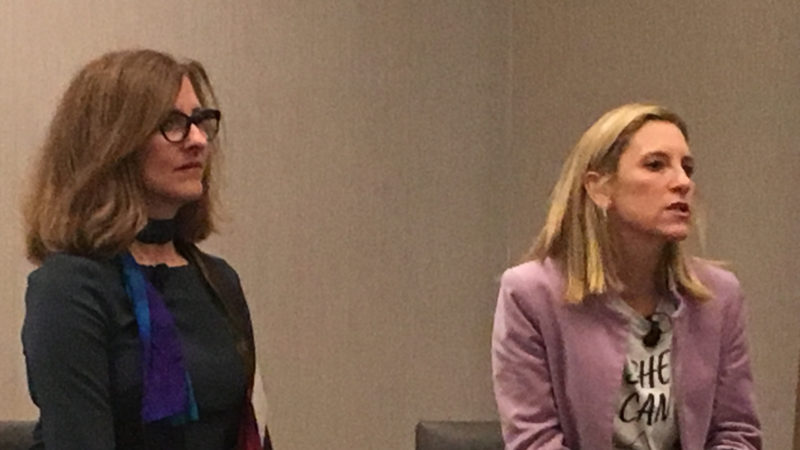 In 2010, Texas entrepreneur Lyda Hill signed the newly created Giving Pledge, announcing her plan to donate the entirety of her estate to philanthropy and scientific research during her lifetime. Fulfilling this bold commitment has been her focus ever since.

First and foremost, Hill cares about science. “Lyda believes that science is the answer to many of the world’s problems,” said Small. “She wants to inspire and fund scientists doing important basic research and to encourage the next generation of scientists.”

As such, Lyda Hill Philanthropies has supported science research along the entire research and development continuum, from basic and translational research to venture investments. It has funded science at MD Anderson Cancer Center, UT Southwestern Medical Center, the National Academy of Sciences, and National Geographic. And it has partnered with fellow Alliance members Howard Hughes Medical Institute and Research Corporation for Science Advancement to support basic scientific research.

Lyda Hill Philanthropies tries to use all the tools in its tool kit to do the most good, including investment capital and early-stage venture funds in for-profit ventures and grants to basic research. “We think of all our activities as investments,” said Small, “though some are expected to have a financial return and others are not.”

Hill and her team look to fund high-risk, early research. The team calls this “catalytic capital,” or “what-if capital.” Small explained, “What if we made the investment, [and] it changed the world? We ask researchers where they see the biggest opportunities and if they had catalytic capital, how might they explore questions they couldn’t otherwise?”

Lyda Hill Philanthropies funds science research, but it is also interested in encouraging future scientists. In particular, the foundation has focused on supporting women and girls in science, technology, engineering, and mathematics (STEM). “We need all the great minds contributing to science. And if women are not engaging in STEM, we are only deploying half our society’s resources,” said Small.

The group also wants to ensure that women in science are portrayed adequately in the media and popular culture so that girls and young women are encouraged to go into, and stay in, STEM fields.

A study sponsored by Lyda Hill Philanthropies and the Geena Davis Institute on Gender in Media found that in children’s media, for every fifteen male characters shown in STEM jobs, there was only one female character portrayed in a STEM profession. Small was also stunned to learn from news stories that physicist Donna Strickland was denied a Wikipedia page before she won the Nobel Prize. “We were struck by this. We need to help encourage little girls to do science, and they need to see women role models,” said Small.

In March, Lyda Hill Philanthropies launched its $25 million IF/THEN initiative, which seeks to further advance women in STEM by empowering current innovators and inspiring the next generation of pioneers. Rooted in a firm belief that there is no better time to highlight positive and successful female professional role models, IF/THEN is designed to activate a culture shift among young girls and open their eyes to STEM careers by:

1) funding and elevating women in STEM as role models;

2) convening cross-sector partners in entertainment, fashion, sports, business, and academia to illuminate the importance of STEM everywhere; and

3) inspiring girls with better portrayals of women in STEM through media and learning experiences to pique their interest in STEM careers.

“We want to show that if you fund a woman in science, then she can change the world,” said Small.

As a core component of the initiative, the American Association for the Advancement of Science (AAAS) will select women STEM professionals to participate in the AAAS IF/THEN Ambassador Program. The program will bring together 100 women from a variety of STEM professions—careers in traditional scientific disciplines as well as sports, fashion, gaming, entertainment, and music—to serve as high-profile role models for middle school girls. AAAS IF/THEN Ambassadors will gather for in-person summits, create personal press kits that highlight their stories, take their outreach to the next level, and have the chance to participate in original entertainment content and media opportunities.

IF/THEN will also create a digital asset library of photo and video content, featuring the Ambassadors. It will be housed by the National Girls Collaborative Project and distributed to science museums, zoos, aquariums, schools, and other girl-facing institutions around the country through partnerships with the Association of Science Technology Centers, Girl Scouts of the USA, Teach For America, the Wildlife Conservation Society and numerous other nonprofit organizations.

In addition to the Ambassador program and the digital asset library, Lyda Hill Philanthropies is funding the research activities of more than 100 women and is creating original content with entertainment partners. IF/THEN’s original content will feature women STEM professionals and will reach girls where they access content the most: on YouTube through partnerships with popular channels like GoldieBlox; on cable television shows such as Bravo’s Project Runway; and on network television through a weekly series highlighting the STEM behind popular culture.

“We want to help those who have the power of the pen and the media tell stories about women in science, to portray them in all walks of science,” continued Small.

IF/THEN is part of Lyda Hill Philanthropies’ commitment to support women in STEM, bringing their total investment into women in STEM to more than $60 million over five years.

Lyda Hill Philanthropies and Small are excited about the launch of this first-of-its-kind platform. “Encouraging young women to go into science—this is a solvable problem and one in which we can have an impact in a few years. We just need to do it.”

Encouraging young women to go into science—this is a solvable problem and one in which we can have an impact in a few years. We just need to do it.

If you are looking for opportunities to learn and connect with others interested in the topic of Philanthropy, take a look at these events, galas, conferences and volunteering opportunities aggregated by Giving Compass.

In addition to learning and connecting with others, taking action is a key step towards becoming an impact giver. If you are interested in giving with impact for Philanthropy take a look at these Giving Funds, Charitable Organizations or Projects.