Looking for the Intersection of Urgent Need and Lasting Impact 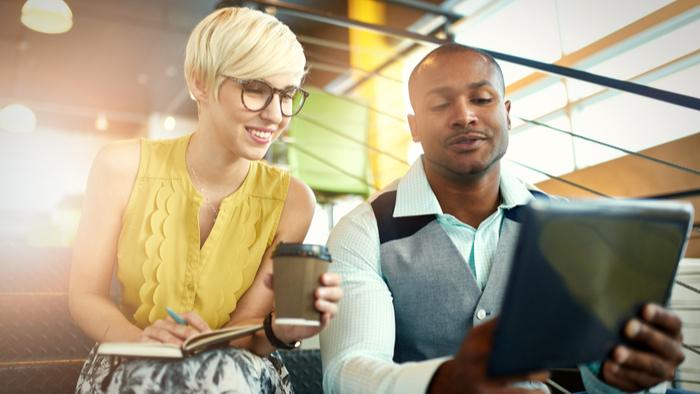 About the same time that the Social Impact Exchange Conference on Scaling Impact was wrapping up in New York City on June 15, Jeff Bezos was breaking the internet—or at least his tweet was. With little preliminary fanfare, Bezos took to Twitter to ask the world for ideas to inform his “philanthropy strategy” with a special emphasis on the short term—the “here and now.” Since then, Bezos has received more than 45,000 replies and counting. Not bad for a month’s worth of crowdsourcing.

To find good ideas, Bezos could have also attended the 2017 Social Impact Exchange Conference (SIEx17). Organized in partnership with Morgan Stanley, it brought together an impressive group of social innovators, philanthropists, and financial experts to explore ways to collaboratively fund and implement scalable initiatives that ultimately lead to systems transformation. Having attended my share of gatherings over the years, I have to admit I was somewhat skeptical about learning anything new or actionable. But I was wrong.  If he had attended, Mr. Bezos would have been able to benefit from some of the most cutting-edge thinking on how to find solutions that, as he phrases it, sit at the “intersection of urgent need and lasting impact.”

THINKING SYSTEMICALLY ABOUT URGENT NEED AND LASTING IMPACT
The urgent life and death issues that plague us each day are many and varied. It is the “lasting impact” piece that is more elusive. At the Milken Institute Center for Strategic Philanthropy(CSP), following the example of our founder, Mike Milken, we adopt a systems-based approach to tackling problems and advise the family foundations and individual philanthropists with whom we work to do the same.  Of course, we are by no means alone in this approach. “Systems-thinking,” as an intellectual framework, has been around for more than a century. But it really started to gain traction with philanthropic thought leaders in the last decade. Systems thinking embraces complexity and seeks to understand it by tracking how the various constituent elements within a system (an ecosystem, a sector, a community, an organization, a supply chain, etc.) influence each other. Systems thinkers strive to pull back and capture the entire picture, looking for patterns, root causes and leverage points that can effect a permanent change in that system (ideally for the better).

The application of systems thinking in social innovation was significantly advanced in 2015 with the publication of Systems Thinking for Social Change by David Peter Stroh, one of the featured speakers at SIEx17. Stroh, building on the strong work of Donella Meadows and others, has helped social innovators and policy makers embrace some humility and sharpen their thinking by formulating the “philanthropic challenge,” which he defines as “the task of determining how to fix a problem now versus help people over time,”—a question that should resonate with Bezos.

One specific example—homelessness in the United States—is a perfect expression of this conundrum. There has been a chronic misalignment of incentives in this sector in the U.S. that systems thinkers like Stroh have been able to unearth, thereby rendering sustainable solutions more discoverable. In particular, the epic struggle between short and long term solutions has historically put more emphasis on quick fixes (i.e. shelter beds to get people off the street and out of sight without addressing underlying causes) over longer term solutions (a focus on addiction treatment, job training and the deep-seated psychological issues that lead to social isolation).  Stroh’s work with the Greater Battle Creek Homeless Coalition of Calhoun County, MI, supported by W.K. Kellogg Foundation, yielded tangible results and helped push forward the burgeoning Housing First movement in the United States.

The recent shift toward systems thinking in philanthropy is beginning to yield promising results.  Philanthropists and foundations are well positioned to adopt this perspective, given their ability to convene and foster cross-sector collaborations.  At CSP, we have learned from experience that philanthropic capital is not usually beholden to the same pressures as government or commercial capital. Consequently, it can usually tolerate more risk, respond more nimbly, and afford to sustain a more protracted time horizon. Systems thinking, therefore, is proving to be a robust analytical tool for philanthropists seeking to balance both the short and long terms.

TACKLING COMPLEXITY
While systems thinking can help us grasp the complexity of a framework, Atul Gawande, another featured speaker of #SIEx17, showcased a simple (but not necessarily easy) way of managing that complexity. Gawande, a surgeon, prolific author, and TED regular, is best known for his 2010 Checklist Manifesto: How to Get Things Right. Working with WHO, Gawande’s team has been instrumental in spreading the use of surgical checklists worldwide, thereby dramatically decreasing errors and substantially increasing patient safety. His team is precisely plotting the nexus of urgent need and lasting impact in one of the most complicated places on earth—the operating room. Bezos could mine a trove of best practices from Gawande’s Ariadne Labs.

THE WISDOM OF THE CROWDS
The fact that Bezos decided to use Twitter to source his ideas is less chaotic than it may first appear.  Leaving aside the herculean challenge of sifting through 45,000×140 characters, Bezos and his staff are already the beneficiaries of one of the intrinsic advantages of crowdsourcing – diversity of opinion.  Marcus Shingles who has taken over the reins of the XPrize brought the SIEx17 audience up to speed on the current research on the effectiveness and utility of crowdsourcing as a problem-solving modality. Research is increasingly demonstrating that the wisdom of the crowds is most accurate when the largest number of minds is harnessed. Indeed, when done correctly, crowdsourcing can yield better decisions than a closed priesthood of experts. I am not sure if Twitter is the best way to make that happen, but, as Shingles points out, the larger the percentage of the world’s 7 billion+ minds we tap, the better off we will all be.

Bezos’ focus on the short term is bucking conventional wisdom in philanthropy, given that the trend now encourages emphasizing the long term. Yet, Bezos, given his resources, is one of the few people on earth who has the luxury to tackle both ends of the continuum, and he should be praised for doing so.  The trick will be finding those solutions to short term needs that do not exacerbate a problem over the long term and that ideally shift whatever dynamics are necessary to unleash a virtuous cycle of change. At SIEx17, an impressive line-up of social innovators has advanced a range of ways to do that. I will be sure to DM Mr. Bezos when tickets for next year’s conference become available. Maybe, by then, he will have sorted through all of his tweet’s replies.