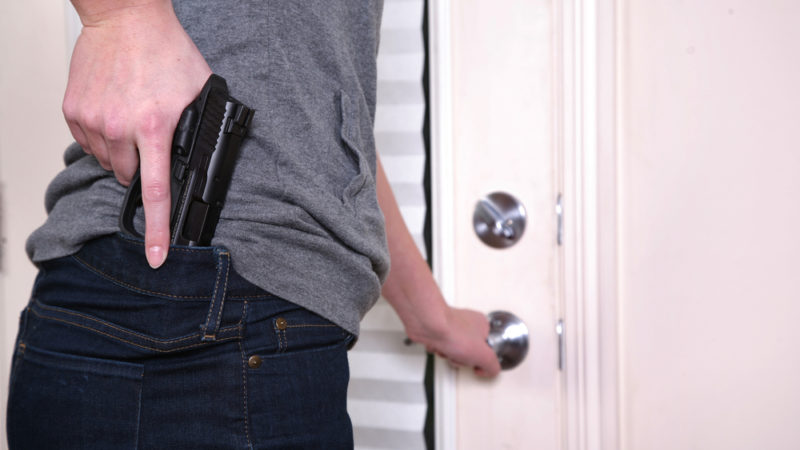 · How can donors support further research into the affects of these laws? Do these laws encourage “shoot first, question later”responses?

· Check out this article about a Kansas City public radio program addressing all sides of the gun debate to become more informed on this topic.

The trial of Michael Drejka that ended with his conviction on manslaughter charges once again brought national attention to Florida’s “stand your ground” law. This law, the model for laws in 32 other states, lowers the bar for using deadly force in a confrontation. Prior to these laws, use of deadly force could be justified only if a person reasonably believed themselves at imminent risk of injury or death, with no safe way of retreating from the confrontation. “Stand your ground” laws removed this duty to retreat.

Proponents of “stand your ground” laws argue they reduce barriers that prevent victims from exercising the right to defend themselves. Citizens had already possessed a right to “meet force with force” without retreating when threatened in their homes (a law referred to as the “Castle Doctrine”). “Stand your ground” laws extended that right to other locations. Proponents argue that expansion of the Castle Doctrine would deter would-be criminals.

Despite laws like Florida’s having been around for a quarter-century, we have little research on whether “stand your ground” laws actually prevent criminal violence as proponents suggest, or exacerbate it, as opponents believe.

What little research exists suggests opponents of these laws may be right. Opponents—who refer to them as “shoot first” laws—fear they encourage impulsive and illegitimate uses of deadly force, like Michael Drejka’s killing of the unarmed Markeis McGlockton during a quarrel about a parking spot.

Read the full article about “stand your ground” laws by Andrew R. Morral and Rosanna Smart at RAND Corporation.